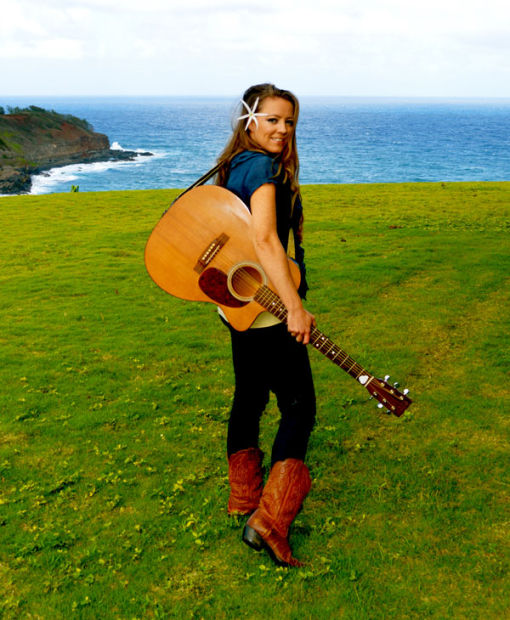 Chris D’Angelo - The Garden Island LIHU‘E — Like her music, Kaua‘i’s own Preeta Carlson is a changing force. Four years ago, Preeta took a step back from the Los Angeles music scene and returned to Kaua‘i. Today she is flying high and ready to go big with her new sound. “I feel like I’ve been gearing up for this momentum,” she said. “I feel like I can do anything.” Earlier this month, Preeta released “We Are Changed,” her first full-length album since 2005. She will unveil the 10-track album to her Kaua‘i family, friends and fans during a CD release and benefit show beginning at 7:30 p.m. Saturday at the Kaua‘i Community College Performing Arts Center in Lihu‘e. The event will include performances by Preeta & Band, local reggae artist Sashamon and Kaua‘i’s tribal style belly dance troupe Sudeeka, which features none other than the star herself. Preeta promises her audience Saturday a “hot night” of musical vibes, which will benefit a number of organizations committed to the change she hopes to see in the world. “(Change) is the only constant in life,” she said. “We have to jump on board.” Born and raised on Kaua‘i, Preeta began playing piano at age 7 and picked up her first guitar at age 13. And her story is far from finished. “It’s definitely been my life’s driving passion,” she said. “I feel that music communicates much more deeply than words, and it’s carried me through life.” After spending 10 years in Los Angeles, touring with the band Preeta and the Peacemakers, this bright and talented woman returned to her island home, where she has spent the last several years developing her musical style. Preeta describes “We Are Changed” as a blend of pop, reggae and electronic, “with an edge.” “It’s good, high-vibe music,” she said. Kalalani Holmes, Preeta’s band manager, says the music speaks to people individually. “I think it touches everybody on their own level,” he said. “It’s pure encouragement.” Preeta said she is approaching Saturday’s benefit concert as “another coming out,” and hopes to eventually take her sound into bigger venues on the West Coast and even Japan. “I just want my message to be out there. That’s the real reason I’m doing this,” she said. “It feels like it’s flowing, and everyone is so supportive.” Local musician Will Lydgate, will serve as emcee during Saturday’s event. He said he has had the pleasure of working with Preeta extensively over the years and described her as “a great talent on Kaua‘i.” “Expect to be surprised and delighted by her songwriting, her style and her band,” he said. “This is going to be a great show supporting great causes. Come on out.” Sponsored by the online social network Friendora, the event will benefit Hawai‘i Seed, GMO-Free Kaua‘i, ‘Ohana O Kaua‘i and the Surfrider Foundation. Tickets for the CD release and benefit show cost $20 and include a copy of Preeta’s album “We Are Changed.” To purchase tickets in advance visit Harvest Market (Hanalei), Healthy Hut Market and Cafe (Kilauea), Vim ‘n’ Vigor (Lihu‘e) or Progressive Expressions Surf Shop (Koloa) Information: www.preeta.com 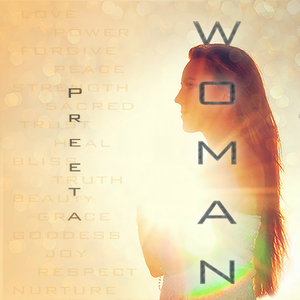 New single 'Woman' out on iTunes and CDBaby!

New single 'Woman' out on iTunes and CDBaby!
Read Story 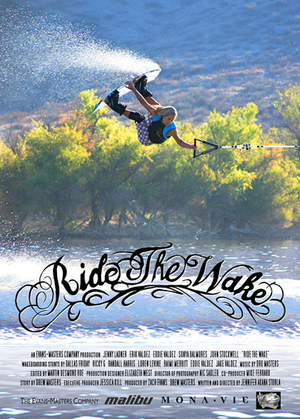 My song, 'Another's World' featured on 'Ride The Wake' trailer and movie.

The first and main song of this movie featuring wake boarding is my song, 'Another's World' from my first album 'In This Moment.'
Read Story 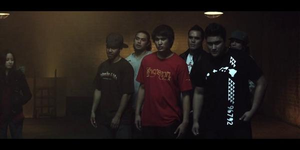 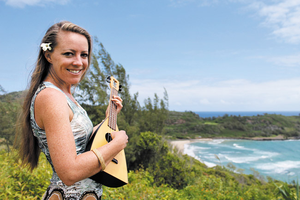 Whether it’s at a live performance or on her new album 'We Are Changed,' Preeta Carlson’s music ‘can make you smile and inspire people.’
Read Story

Preeta Carlson unveils her new album “We Are Changed” during a CD release and benefit show April 27.
Read Story 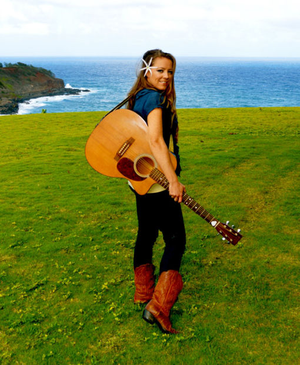 Preeta Carlson will unveil her new album ‘We Are Changed’ during a CD release and benefit show Saturday at the Kaua‘i Community College Performing Arts Center.
Read Story 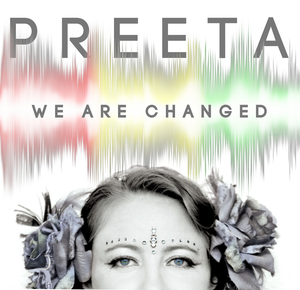 New Album – We Are Changed

That is why I chose to name the CD 'We Are Changed.' It's a movement all in itself, as well as the theme of the CD.
Read Story
Older Posts